One of Kansas City’s most popular nightclubs, Tootie’s Mayfair opened in April 1940 at 7952 Wornall Road, in an area then known as “out in the county.” At that time, the city limits ended at 75th Street, so Tootie’s and other clubs in the vicinity were not subject to closing laws and other restrictions. Matt “Tootie” Clarkin, a retired police detective, operated his namesake club. A popular destination for late night revelers, the Mayfair offered dancing nightly until 4:00 am to local and national bands with three floor shows. Striptease dancers spiced the fast-moving floor shows.

In 1941, Clarkin added an elaborate outdoor garden for dancing underneath the stars. That summer, Jay McShann and His 13 Piece Decca Orchestra, featuring Charlie Parker, played in the open-air garden at the Mayfair. Clarkin regularly employed Harlan Leonard and other local African American bands, along with national bands.

When Kansas City expanded its southern boundary to 85th Street in 1947, Clarkin relocated the Mayfair to 85th and Prospect—just beyond the new city limit. The Mayfair continued featuring national and local acts on Friday, Saturday, and Sunday nights.
In 1951, Clarkin moved the Mayfair further outside the city limits to 7420 E. US Highway 40. The Mayfair continued featuring to leading jazz musicians, including Charlie Parker, Billie Holiday, and Johnny Hodges before closing in 1954. 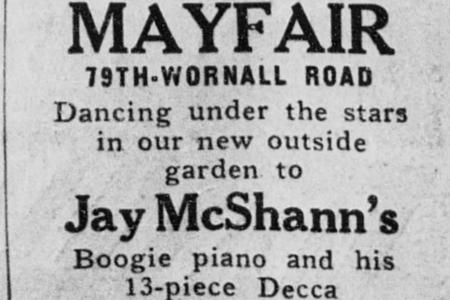 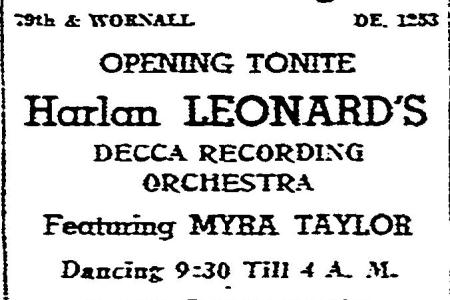 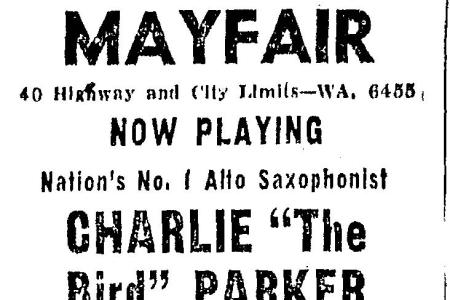 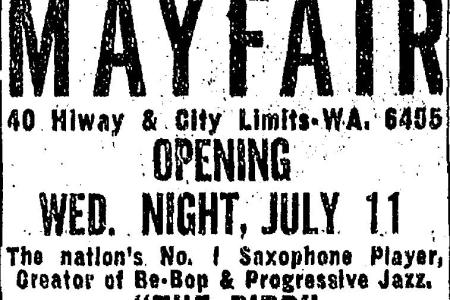